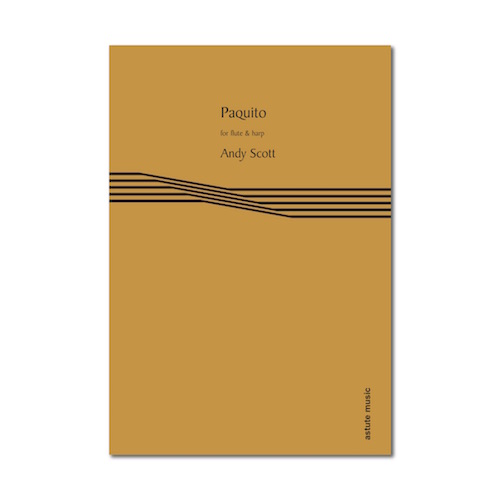 Add to Cart
'Paquito' pays homage to the brilliant composer/saxophonist/clarinetist Paquito D'Rivera. It is a fast salsa, based around a two-three clave pulse, and was originally written as a commission from the British Clarinet Ensemble.
This arrangement for Flute & Harp was undertaken by the composer specifically for Clare Southworth & Lauren Scott, who gave the World Premiere on 1st October 2010 in St Rabier, France

And Everything is Still... (Flute & Harp) by Andy Scott