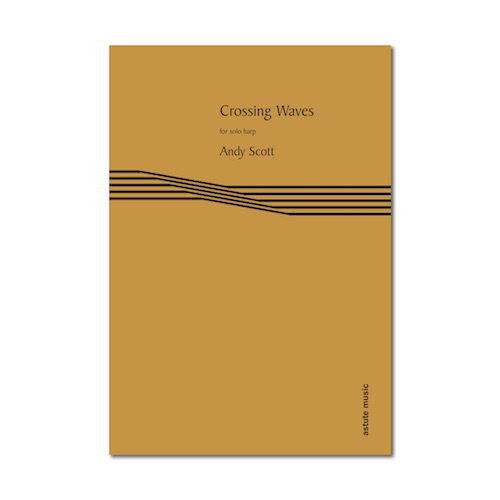 "...the highlight of the evening was clearly "Crossing Waves", a totally original and engaging composition which should be performed on many future harp recitals - in this country and across the ocean."  New York Concert Review

Elizabeth Bass performs 'Crossing Waves' by Andy Scott
Crossing Waves is inspired by the exploits of Roz Savage, who rowed solo across the Atlantic Ocean in 2005. Her determination, single-mindedness, creativeness, intuition and decisiveness are also the hallmarks of many musicians.
The eight minute journey of this solo for harp breaks down into three main sections. The first reflects the apprehension and excitement at the start of a daunting journey, navigating sudden changes in weather, and at times relaxing into a regular rhythm. The second section represents stillness, calm, isolation and beauty mid-ocean. The final section displays a sudden release of energy and optimism, knowing that the final leg of the journey is underway an inner strength prevails.

And Everything is Still... (flute & harp) by Andy Scott